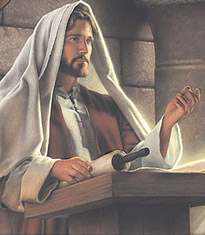 Scripture & Tradition Proves the Teachings of the Catholic Church

“And I say to thee: That thou art Peter; and upon this rock I will build my church, and the gates of hell shall not prevail against it. And I will give to thee the keys of the kingdom of heaven. And whatsoever thou shalt bind upon earth, it shall be bound also in heaven: and whatsoever thou shalt loose upon earth, it shall be loosed also in heaven.” (Matthew 16:18-19)


Contents - The Bible Proves the Teachings of the Catholic Church


Contents - Refuting Protestantism From The Bible


Important Christian Doctrine You Must Believe to be Saved

The Catholic Church and Faith is the only Christianity that begun at the year of 33 AD and is the only original and visible Church from the time of Christ. The Catholic Church compiled the Bible and spread Christianity all over the world, and according to protestants, Christ used a false church to spread his words all over the world for 1500 years? This, obviously, is ridiculous to any good willed person, but since this world has few of these people, more evidence is needed.

“I am afraid that this is a hard nut for Protestants to crack, namely – That though we admit that the separate works composing the New Testament were now in existence, yet they were for centuries not to be found altogether in one volume, were not obtainable by multitudes of Christians, and even were altogether unknown to many in different parts of the world.” (Where We Got the Bible, p. 29)

Sometimes the people who seems to be the Catholic Church administration, that is, the people that seems to hold positions of power in the Catholic Church, (but actually do not since they are heretics) can be corrupt as in the case of the Arian heresy in the 4th century when about 98% of the Episcopal chairs, that is, Bishop’s sees, were overtaken by Arians, and the little flock of true Catholics who did not apostatize from the Catholic faith were grievously persecuted for their faith; and also in the case of some popes who fell into immorality and wrong teachings, and many now who are in heresy but still call themselves Catholic. However, the Catholic Faith is right, and these people’s apostasy or heresy does not effect the Catholic Church. Just because some people call themselves Catholic do not make them Catholics. In this sad instance of human history, there are now approximately 20,000 Protestant sects which all contradict each other on crucial doctrinal points. This proves to any good willed person that at least 19,999 sects must be wrong if we follow simple logic. Protestantism was unheard of even to the founders of it since they all started as Catholics which then apostatized. True Christianity started at 33 AD, not in the 16th Century or later. This refutation of Protestantism should be spread to both Protestants and Catholics. To protestants in order to save them from their errors, make them aware that they been lied to, and draw them to the true Catholic Faith; to Catholics to make them feel safe in their faith and be able to refute heretics when the chance arises.

Following Martin Luther’s excommunication from the Catholic Church in 1520, which marked the beginning of the Protestant movement, over 20,000 different denominations have been created in about 500 years. In 1980, David A. Barrett’s World Christian Encyclopedia (Oxford University Press) gave the number of different denominations as 20,780. He projected that there would be 22,190 denominations by 1985.

This would mean that there are approximately 25,000 (or possibly 30,000) different denominations today. Even if, for the sake of argument, one were to take a conservative estimate, and give the number as only 15,000 different denominations, this equates to more than one new sect having been created every two weeks.

When we consider the fact that the original founders of Protestantism didn’t even agree with each other on major points of doctrine, such denominational chaos shouldn’t be a surprise. Protestantism is man-made religion, in which each person ultimately determines for himself what he thinks the Bible teaches. Martin Luther (the initiator of Protestantism) condemned the doctrinal views of John Calvin and Huldrych Zwingli, two other leading Protestant figures. They all claimed to follow the Bible.

Basically all of these thousands of non-Catholics sects purport to be Christian and claim to follow the Bible, even though they disagree with each other on crucial doctrinal matters, such as: the precise nature of justification; whether human works and sins are a part of salvation; whether men have free will; predestination; whether infants need baptism for salvation; what Communion is; whether it’s necessary to confess to the Lord; which books of the New Testament apply to us today; the structure of the Church’s hierarchy; the role of bishops and ministers; the Sabbath; the role of women in church; etc. ad nauseam. Most of these groups even claim that the individual "Christian" will be led by the Holy Spirit when privately reading the Bible. The disunity of these sects constitutes an irrefutable proof that their doctrine is not of the Spirit of Truth; and that their principle of operation (i.e., Scripture alone apart from the Church and Tradition) is not the doctrine of the Bible and the Apostles.

Ephesians 4:4-5: “One body and one Spirit; as you are called in one hope of your calling. One Lord, one faith, one baptism.”

If you are Catholic, you know that your religion was founded in the year 33 by Jesus Christ, the Son of God, true God and true man; and that this one Church, to which people must belong to be saved, will exist until the end of time.

IN THIS BOOK, one will see that:


-the Bible without any doubt teaches that the body and blood of Jesus are present in the true Eucharist, as the Catholic Church has always taught

-the Bible teaches Catholic doctrines on Mary, including her immaculate conception (conception without sin), perpetual virginity and bodily assumption; and that she is the Ark of the New Covenant

-the Bible teaches that Jesus made St. Peter the first pope, the prime minister or governor of His Church

- the Bible repeatedly teaches that man is not justified by faith alone, but that human deeds (sins), in addition to faith, determine whether a man has justification and salvation

-the Bible repeatedly teaches that a true believer can fall away from the faith or lose his justification through sin; and that many passages refute the popular idea of “eternal security” or “once saved always saved”

-countless people have completely misunderstood a handful of Bible verses, and have used those misunderstood verses to construct a false view of justification/salvation which contradicts the entire teaching of Jesus and the Bible

-the Bible teaches that Jesus instituted confession to priests, and gave the Apostles the power to forgive sins

-the Bible teaches that saintly men intercede with God (both on Earth and after death), and that their intercession can impact how God will deal with other men

-the Bible teaches that the statues/images of heavenly figures are not forbidden, but were actually commanded for God’s temple; and that the relics of saintly men were venerated and even miraculous

-the Bible teaches that water baptism takes away sins, justifies, and is necessary for salvation

-the fathers of the Church (i.e., those earliest Christian writers who received the tradition of the Apostles) believed in Catholic teaching

-Martin Luther (1483-1546), the first recognizable Protestant and the progenitor of all non-Catholic denominations, came upon his beliefs later than one might think; and that Luther was still professing to be a Catholic on the very date which now marks, for most people, the beginning of the Protestant “reformation”

-Martin Luther “discovered” and invented his doctrines by the day; and much more…

This book contains all the information necessary to prove, from the protestant King James Bible itself, that the Catholic Church is the one true Christian Church. This book contains very detailed proofs, arguments, and responses to objections on the most important topics. At the same time, however, it is deliberately as brief as possible so as to avoid unnecessarily long discussions. The combination of essential details and brevity make this book especially conducive for mass-distribution and interest to the general reader.

The book also contains sub-headings throughout so that the casual readers (or those with less interest) can the find topics and sections that might interest them, no matter what section they happen to read. We feel very strongly about this book, and we encourage all readers of our website to obtain it and print it out and share to all who wonder about the true Biblical Faith.

The Bible Proves the Teachings of the Catholic Church 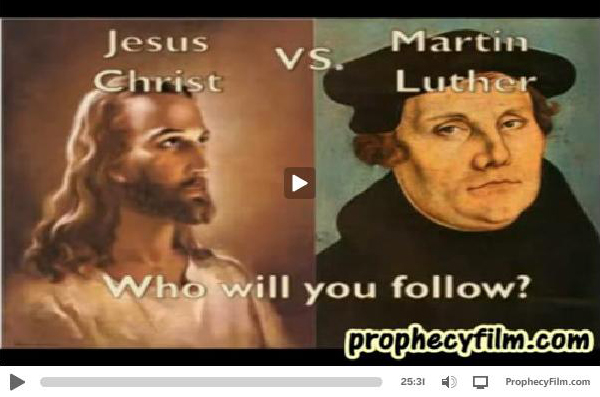 Salvation Is Not By Faith Alone 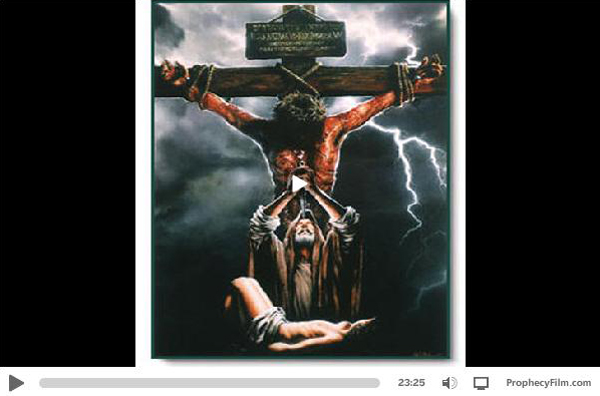 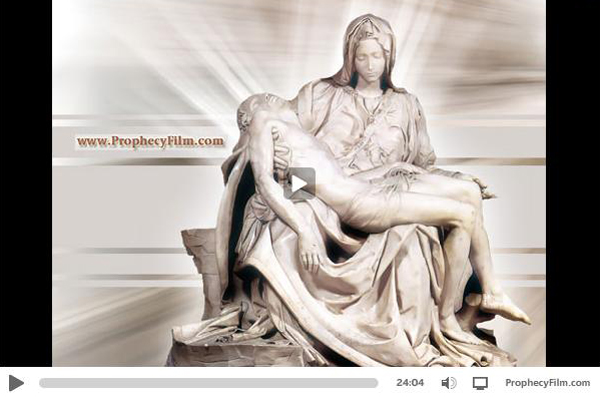